GREATER SUDBURY – November 16, 2022 – The French language production company is celebrating 50 years in business. Literally tens of thousands of Franco-Ontarians have attended the concerts in Sudbury or listened to them in Ontario and across the country on the French Language radio network of the CBC even displacing Hockey Night in Canada. In addition, TV Ontario has broadcast many of the concerts. It has launched and relaunched careers of countless musicians, singers, songwriters, and poets.

Sudbury and Chelmsford’s own Boys, yes, the Bilinguish Boys are featured in this show. They are Dayv Poulin, well known singer songwriter and radio host (great beard too!), Stef Paquette, another radio host, actor, poet, singer, mentor, and Ed Landry who has just launched his latest album.

Then there is the young duo of Meagan Bigras and Zach Clement. Also, part of the show is humourist Chloé Thériault, now on a three-month tour.

The shows were recorded at College Boreal in April of this year.

Fans can download the show until January 3, 2023, by going to www.lanuit.ca and click on the red rectangle ‘’Sur demande’’. The cost is $9,99 tax included.

Stay tuned for news about the company’s celebration of 50 years next March to be held over two nights on March 24th and March 25th. 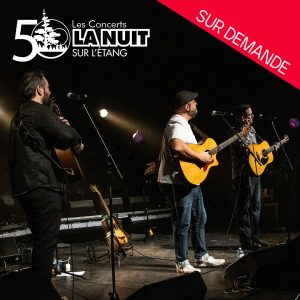 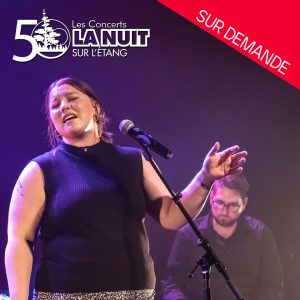